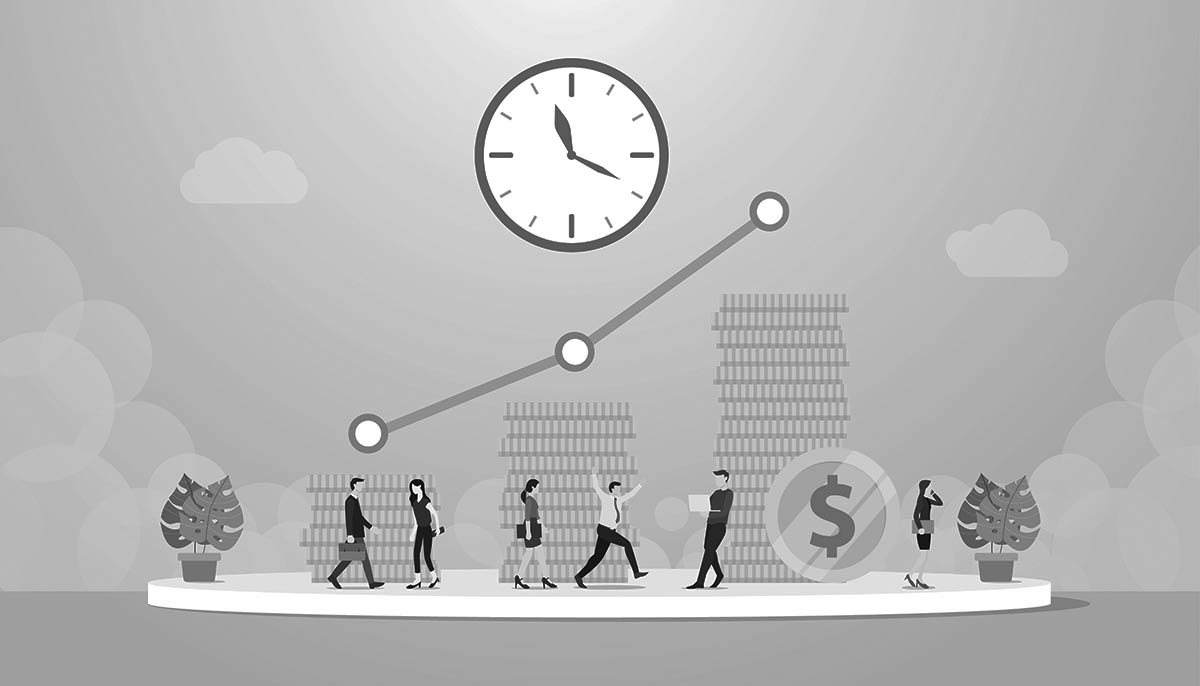 The Power of Compound Interest:

It’s a simple concept that involves earning a return not only on your original savings but also on the accumulated interest that you have earned on your past investment of your savings. In other words, it’s interest on interest.

Let's discuss the three reasons why compound interest are two of the most powerful words in the investing world.

Anyone can leverage compound interest

Compound interest doesn’t discriminate and it doesn’t care if you are black, white, Christian, Muslim, woman or man.

Compound interest works the same for everyone, because it’s dependent on time. The more time spent saving and investing in the market, the more your money will compound. That’s why the key to building wealth through compound interest is to start young.

Let’s look at an example of this:

Let’s say two people experience the exact same 7% annual investment return on their funds. The only difference is when they start saving and investing:

Both followed the same steps, but because person 2 started ten years earlier their funds more than doubled. The only people compound interest favours are those that start earlier.

Many people believe that they need lots of money to invest in markets and that you need money to make money. The truth is that most people can start their investing journey with less than they think they need.

Like we mentioned before, compounding interest has the power to make you very wealthy. If we were to take an average income in the United States for example, which is around $50,000. If a 25 year old was making $50,000 a year they would only need to save and invest 10% of their wage each year and in 40 years they would accumulate $1,106,848.43, assuming they achieved a conservative 7% return from the stock market. If their income also increased over the years their results could become even better as well.

Money works for you, rather than you working for money

Compound interest will do the hard work for you when it comes to growing your money. Time is working hard for you when using compound interest and as long as an investment is paying you interest, you can sleep at night knowing that you money is growing without you having to do anything.

The longer time goes, the wealthier you get! Whether you already are wealthy or poor, everyone can leverage compound interest to allow money to work for them, rather than you having to work for money.

So what options can you use to grow your money with compound interest?

Most banks offer savings accounts which offer interest, they typically pay between 1.5-2.5% per year. Although savings accounts allow you to take advantage of compound interest, the interest rates are usually in line with inflation and as a result will not be particularly helpful in building your wealth.

Stocks and shares are the most popular amongst people who are looking to build their wealth through compound interest. Over the years the stock market has historically returned an average of 10% annually, before inflation. However, stock markets often fluctuate, as we have seen during this coronavirus pandemic. They can be a risky investment vehicle, but are generally a great choice for building your wealth.

A relatively new investment vehicle, these solutions typically use artificial intelligence and algorithms to automate trading activity. It works by utilizing the vast currency trading market and works only with specific currency pairs. Companies offering automated trading are typically producing returns of between 24-48% a year. They can offer significantly higher returns than the stock market and they make one of the best investment vehicles to compound your money.

These are some of the reasons why compound interest is so powerful and how you can leverage it to build your wealth. By investing early and understanding the ways you can effectively earn interest, you’ll be able to watch your investments grow.

Disclaimer: Trading carries a high level of risk, and may not be suitable for all investors. The high degree of leverage can work against you as well as for you. Before deciding to trade foreign exchange you should carefully consider your investment objectives, level of experience, and risk appetite. The possibility exists that you could sustain a loss of some or all of your initial investment and therefore you should not invest money that you cannot afford to lose. You should be aware of all the risks associated with future trading, and seek advice from an independent financial advisor if you have any doubts. No representation is being made that any account will, or is likely to achieve profits or losses similar to those discussed within this site, support and texts.