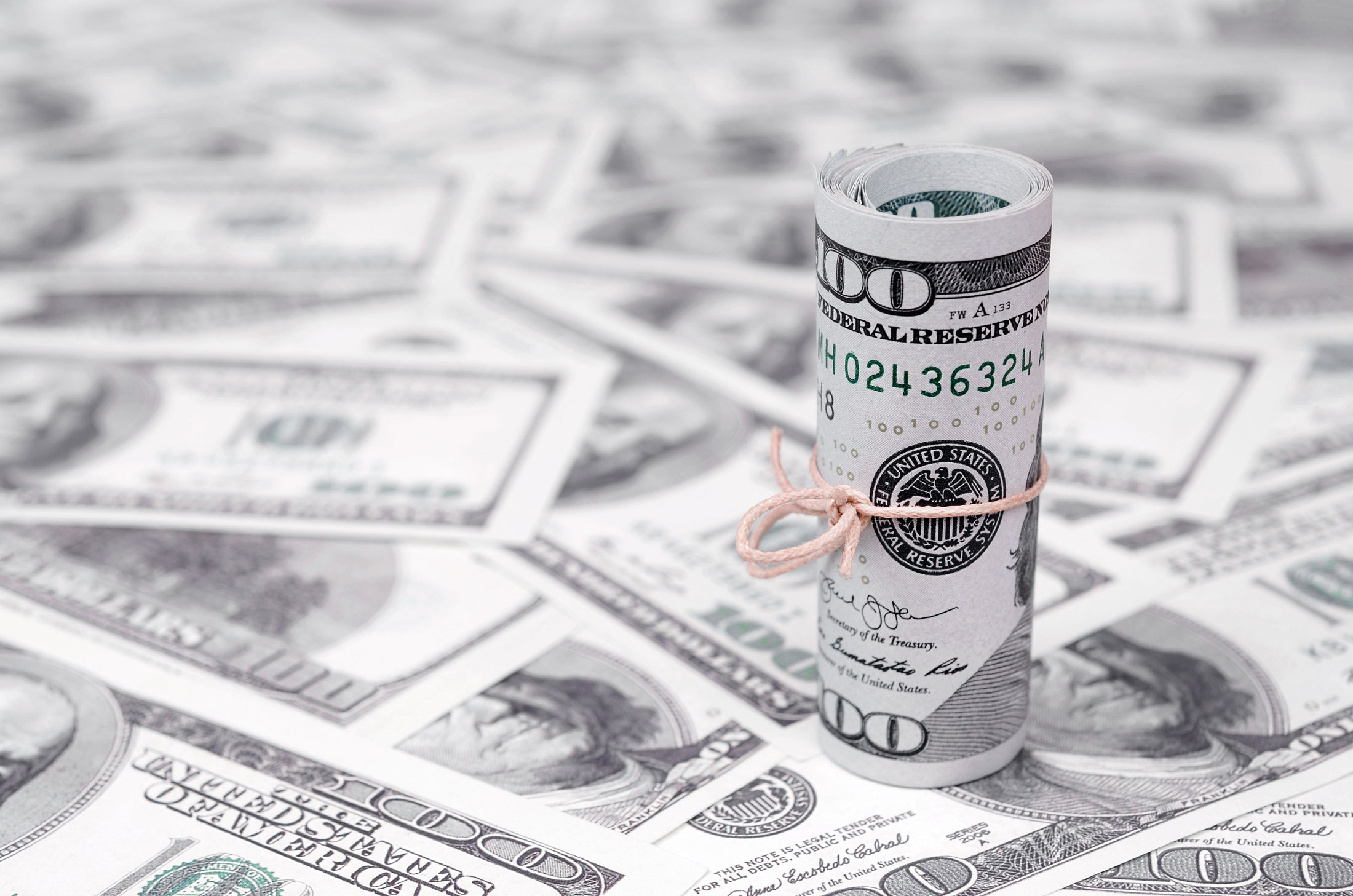 When market anxieties spread, the US dollar, the world's most liquid currency, tends to benefit the most.

Reuters surveyed economists who predict that most currencies will struggle to gain ground against the US dollar in the following months, as the Federal Reserve's planned monetary tightening will give the dollar ample fuel to extend its dominance far into 2022.

Despite the euro zone's substantial external surplus and the United States' significant external deficit, the euro has recently depreciated sharply against the US dollar. According to Natixis, the following are all necessary for the euro to rise:

The euro hovered near $1.11, its lowest level since last June, as investors shied away from riskier currencies amid stock market volatility and the fact that the US Federal Reserve's policy stance is more hawkish than the European Central Bank's.

During the most recent policy meeting, Federal Reserve Chair Powell said there was "quite a bit of room to raise interest rates," and the market now expects at least four rate hikes by the end of the year, with a 67% chance of at least five. Meanwhile, the ECB's window of opportunity is closing as no policy changes are expected at its policy meeting on Thursday.

Regarding the Covid-19 pandemic, in the last quarter of 2021, the Omicron wave hampered eurozone economic growth compared to the prior three months. However, the impact was much more significant in Germany than Italy or France.

Rachel Barton, an economist at Accenture, said, "The recent lifting of COVID restrictions in many European countries should help to get economic and business growth back on track."

After falling to 115.68 last week, the Japanese yen moved up to approximately 115 per dollar on Tuesday, as major currencies benefitted from the dollar's retreat. After hitting an 18-month high last week, the greenback has consolidated overnight, with economists predicting that the currency will underperform against advanced economies that tighten more aggressively.

Meanwhile, due to the country's changing export patterns and rising reliance on imports, Japan's top currency diplomat Masato Kanda said a weak yen has both benefits and drawbacks for the economy, underscoring growing concern over the currency's weakness. The yen fell as major economies showed their willingness to adjust monetary policies.

At the same time, the Bank of Japan pledged to keep its ultra-loose monetary policy in place to meet the central bank's 2% price stability target.

Market participants presently anticipate the release of the US ISM Manufacturing PMI. This, combined with US bond yields, might impact USD price behavior and boost the USD/JPY pair. Traders will also seek short-term opportunities based on the larger market risk perception.

On the US Federal Reserve's hawkish halt, the Kiwi pair saw its biggest weekly drop since mid-August 2021 last week. The Omicron spread in New Zealand and geopolitical concerns around Russia-Ukraine also contributed to the pair's weakening. The quote omitted the positive Consumer Price Index (CPI) for the fourth quarter in New Zealand. However, despite new concerns over the Fed's 0.50% rate move in March, this week's employment data from New Zealand and the US will be crucial for traders.

The New Zealand dollar climbed toward $0.66 on Tuesday, up from a 15-month low, as many currencies gained from a general US dollar decline. After hitting an 18-month high last week, the greenback has consolidated overnight, with economists predicting that the US dollar will underperform against advanced economies that tighten more aggressively.

Meanwhile, New Zealand's annual inflation rate surged to a three-decade high of 5.9% in 2021, raising the possibility of a 50-basis-point rate hike at the central bank's monetary policy meeting on February 23. The Reserve Bank of New Zealand raised interest rates twice last year, to 0.75%, and is forecasting a 2.5% rate by mid-2023.

After the US Federal Reserve kept interest rates unchanged, gold prices dipped 1.63%. The Federal Open Market Committee (FOMC), on the other hand, has left the possibility of a rate hike cycle starting in March 2022 open.

The US economy's groaning has squeezed consumers and businesses under record-high inflation. With unemployment dropping in lockstep with growing inflation, there's no reason to keep buying assets in a low-rate environment.

The FOMC statement stated that raising rates would be appropriate soon, but the market appears to be pricing in a rate hike in March, coinciding with the asset purchases' end.

The US Dollar gained strength due to the FOMC statement, helping the XAU/USD pair retain its bearish stance for the day. This attitude revealed itself as a price rejection at the rising wedge's upper boundary, followed by a modest breach of its lower border.

Traders expect the Fed to raise interest rates in March and begin cutting its asset holdings shortly thereafter, giving the dollar advantage over other major currencies.

JP Morgan Asset Management's global market strategist, Kerry Craig, told Reuters, "There's been a lot of US dollar strength of late, mainly driven by the widening interest rate differentials and inflation dynamics in the US relative to other major markets; like Japan and Europe."

He further said, "The fact the Fed is becoming much more hawkish and reacting to that by tapering much sooner than forecast a few months ago ... (and soon) start raising rates should support the dollar over the first part of the year."

The US dollar is the ultimate safe-haven currency. Therefore, it will be fascinating to watch if it continues to be highly sought after.

If you’re interested in learning how to automate your currency trading through our AI-based trading software, get in touch with us here. Our system averages an impressive 1-2% a month!